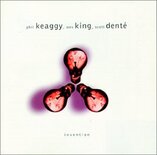 Invention - Phil Keaggy, Wes King, & Scott Dente' (1997 Sparrow)  Phil Keaggy has enjoyed multiple lives as a widely admired guitarist who has played with and for an impressive list of artists in both mainstream and CCM circles. He has his fans, of which I'm one, and yet he is still what some critics might call a "musician's musician." This collaboration with CCM mainstays Wes King and Scott Dente' should be considered a minor pop classic. Like The Waiting's Blue Belly Sky, it has suffered some scorn from the mainstream for carrying that dreaded Contemporary Christian label. Invention offers genius-level fretwork, engaging lyrics, and arrangements that sometimes leave you feeling a little sad the song is over. The instrumental tracks dominate, which is a good thing. This is a showcase for all three artists at the top of their form. 5/5 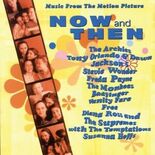 Now And Then - Various Artists (1995 New Line Productions)  There is a scene from the last season of Parks And Recreation where April asks Ben why he has so many soundtracks in his collection. He tells her they feel like mixtapes from people who make things he enjoys. I like that description and yes, a lot of soundtracks feel that way to me, too. This collection of AM radio pop from the 70s' has sa good sampling of songs girls and their best boypals sang into hairbrushes across America. The collection starts off with The Archies' Sugar Sugar, a pair of tracks from The Jackson 5, Badfinger's ageless No Matter What, and that Grande Dame of slumber party songs, Freda Payne's Band of Gold.  Even if these songs are way before your time, this sunny, groovy (Oh, don't cringe. It fits.) collection presents the perfect musical time capsule of life as a tween in pre-AOR suburban America. 5/5 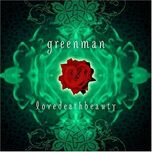 lovedeathbeauty - Greenman (2004 Bad Baby Records)  Greenman's sophomore release starts out as yet another garden variety collection of Celtic-tinged folk-pop. Soon after, it follows the well-trod nexus point between North African chord progressions, minor key melodic  counterpoints, and percussion sequences that would sound more at home in some parts of London then they would in wilder shores of the U.K.  This is territory that has been covered (and covered again) by Loreena McKennitt, Mouth Music, and Afro-Celt Sound System. My first thought upon hearing this for the first time in a long while is they could and should do better. It's not bad, just overly familiar. 3/5

​La Bibournoise - Genticorum (2008 Roues Archets/Fam Group/MusicAction Canada) Genticorum's stripped down sound showcases much of what there is to love about Canadian Celtic music. The close harmonies, string accompaniment and pared down, often primitive percussion comes from the heart of Canadian folk. These kitchen table songs feel like connective tissue between the people who left their roots to seek out a place in our overly alienating digital village and those who remember the magic woven by stories and songs with no identifiable authors. It's haunting, beautiful, and it reunites us with the life and death cycle of those who still fully inhabit the land instead of the labels and titles we have created for ourselves.   4/5 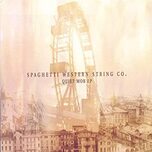