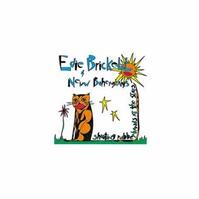 Shooting Rubber Bands At The Stars - Edie Brickell & New Bohemians (1988 Warner/Geffen) Edie Brickell's slightly husky vocals and the slinky guitar lines of What I Am highlight what is great Shooting Rubber Bands At The Stars.  The lyrics stick in your head, as does the quite estimable work of her band.  Roughly a third of the tracks are like that. They're musical peanut butter that sticks to the roof of your inner soundtrack.

Brickell's voice drives this as much as the music and the lyrics. It's similar to Carole King's in that she sounds like anyone can sing what she sings when in truth, this is a trick of musical genius that her best songs feel so reachable. Let's be real. You and I most likely can't sing like Carole King. Only Carole King can sing like Carole King.  Same goes for Edie Brickell. This is especially true on the stronger tracks: What I Am, Air of December, The Wheel, Love Like We Do, and I Do (a hidden track.)

The frustrating thing about this particular disc is for every song like the ones I listed above, there are two that make me leap for the skip button. This really should have been a longish EP. The lyrics are insipid. The melodies are annoying. This is probably my fifth copy. Well, it might be that I've bought the same copy a few times for used local used media stores, but it's safe to say this is my fifth time having this particular title. When I told friends I was going to do a shortie of SRBATS, they either wondered if they still had a copy or offered me theirs. I'll hang on to this one. The good far outweighs the bad in quality if not in number. 3/5 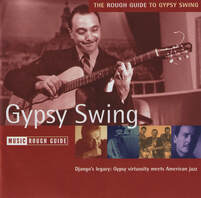 The Rough Guide To Gypsy Swing - Various Artists  (2004 Rough Guides/World Music Network)    A friend who is an actual swing musician, refers to this style of music as "Mid-European Swing." I'm not sure I quite agree with this. He does agree with me that most people wo took a liking to it did so after seeing Chocolat and/or The Triplets of Bellville. (See the video below. Django makes an appearance at 2:24, complete with masterful fretwork and missing fingers.) This disc will be a happy surprise for those who have delved no deeper than Rinehardt and various iterations of acoustic guitar driven Gypsyish outfits. For those looking specifically for more recordings by Django himself, he is on three of the 21 songs. Give this disc a chance. There are more reasons to tap your toes than not to this colle3ction Gypsy strut and soul. 4.5/5 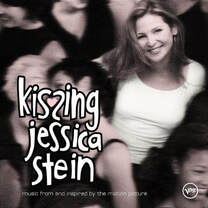 Kissing Jessica Stein - Various Artists (2002 Verve/Fox Music)   I have not seen the movie and have no idea if it's any good. Maybe that's for the best and this is another Dumb and Dumber situation where the soundtrack is light years ahead of the movie in quality. The disc ended up in my cart based on the playlist. Blossom Dearie, Billie Holiday, Ella Fitzgerald, and Shirley Horn are among the attendants at this fizzy, jazzy pajama party of great ladies of jazz. Halfway through the playlist, Matt Rollings and Lyle Lovett climb through a window and try to sweet talk their way in to the party with Gee Baby, Ain't I Good For You? The tracks that follow: Exactly Like You, I Don't Know Enough About You, Devil May Care, What A Little Moonlight Can Do, and I Wish You Love point to the answer being, "Probably not." Whatever the actual conversation, this is artful romantic disappointment, which will always outweigh artless wooing.  5/5 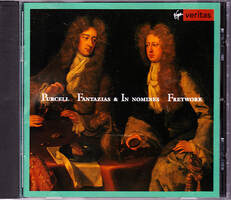 Purcell: Fantazias & In Nomine - Fretwork (1995 Virgin/Veritas)   After some rather dozey interpretations of Purcell's work, it's nice to hear this rather lively rendition of The Fantazias.  If you like chamber music, this will be in your wheelhouse. If not, you might want to give it a pass. 4/5 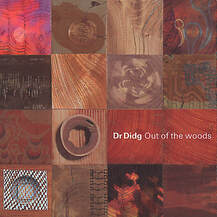 ​Out of the woods- Dr.Didj (2002 Universal Music Group) Out of the Woods is a cheerful romp through light jazz by way of didgeridoo. Graham Wiggins aka Dr. Didj does an estimable hike through various kinds of fusion and funk, leaving listeners who are unaccustomed to the sound of a didgeridoo that these are either otherworldly tracks sent in exchange for the Voyager Golden Records or a coterie talented and very happy ducks who want to share their favorite songs with humanity. Okay, I know these are wrong. Leave me my illusions. I'll enjoy Dr. Didj my way, you enjoy it your way. Chocolate, vanilla, matcha, Earl Grey, it's a big world and there's room for every sensibility.
4/5