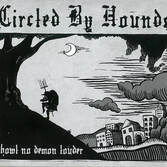 howl no demon louder - Circled By Hounds (2008 Circled By Hounds) It seems like many roots-type bands took names that suggested they would have been equally at home in Ankh-Morpork or Borogravia as they were in Nashville or Roanoke. Circled By Hounds leans heavily on minor chords, archaic song structures, and the occasional inclusion of instruments that are notable for their antquity or quirkiness. Whistles, a dulcimer, a toy piano, spoons and a collection of accordions and concertinas make appearances.  The feel is similar to The Shakers' Living In The Shadow Of A Spirit. They have that same dark, "Come gather by the fire and listen to our stories" sensibility. If you like the darker side of folklore (as in the Andrew Lang Faerie Tales that could keep you up at night) or The Shakers' Bell Witch cycle, this is for you! Unfortunately, they do not have a website.  Amazon does offer some of their tracks as Mp3s. Le sigh. I'm an old Luddite and  artist who prefers physical artifacts. That's my story and I'm sticking to it. 5/5 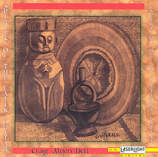 Spirits Of The Latin Guitar - Craig Alden Dell (1995 Laser Light Digital)  Laser Light Digital was very lucky to get their mitts on Craig Alden Dell's debut release. He is what some might refer to as a musician's musician. In terms of notoriety, he's known as much for his teaching and studio work on both sides of the sound booth as he is discography. The mix of everything from sacred to Moorish influences to chamber fretwork make this aural journey feel well-planned and complete. If you have sometimes avoided classical guitar because it feels overly tight and fussy, keep in mind that this disc features masterful fretwork and a warm, emotional quality. I'm always sorry when this one ends.  5/5 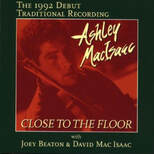 Close To The Floor - Ashley MacIsaac (1992 A&M Records)  MacIsaac's freshman outing is a spare, traditional collection of traditional reels, strathspeys, marches, and jigs. Having heard his fancier, producer-driven work, it's a treat to hear what he sounds like. In some parts of the Southeastern U.S., you might find similar, albeit more American arrangements in the kitchen or the back porch after supper. This collection feels as comfortable as a well-worn pair of All-Stars. Best for Those occasional morning get-alongs and dancing in the kitchen. 4.5/5

​Taller Children - Elizabeth and the Catapult (2009 Verve Forecast) Elizabeth Ziman's smart lyrics and tart delivery make this disc a treat for your ears and your frontal lobe. Most of the tunes percolate with the carelessness of someone who thinks they're headed for disaster but have decided to not let it ruin their day.  This mostly carefree playlist is why some of the moodier tracks hit with an unexpected gut punch.  Rainiest Day of Summer carries as much of the sorrow of Kristofferson's Sunday Morning Coming Down. There is a distance between the listener and the song by dint of time and circumstance in Sunday Morning, whereas Rainiest Day brings forth memories when it seemed like nobody was home and the feeling of being connected kept scuttling out of reach. It's no accident that this song is followed by one of the happiest tracks on the disc: Race You.I feel a little guilty writing about the specifics of the songs. Every one of them is a revelation of sorts. I'll end this here. This playlist is worth hunting for. 5/5