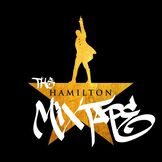 Circling back to this disc. It's what I thought Hamilton would sound like and feel like. The playlist opens with No John Trumbull as an intro by The Roots.  They and Lin-Manuel Miranda are a continual presence who add a cohesion to the disparate voices and styles. Regina Spektor, Sia, Alicia Keyes, Common and Whiz Kalifa are among the artists giving voice to these gorgeous songs. Even when the lyrics are updated, the emotion is still there. In some ways, it's like reliving the first time you saw the play.

The only exception to this is the reboot of You'll Be Back.  I had to stop the track and go find a video of Jonathan Groff performing it in the original production for brain bleach. That person took a mighty big poop all over a great song and character. If there was any justice, he would be slathered with peanut butter and bat vomit and tied in a bag with hungry voles.
​
Having said that, it's easy enough to skip track number 12 and enjoy the rest of the disc. This collection of performances goes way beyond passable emotional presence into something that transforms your understanding of Hamilton. 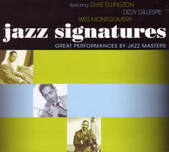 Jazz Signatures - Various Artists (2008 Hear/Universal/Starbucks Entertainment)  I've always had a fondness for Hear's Jazz Signatures series. They are always a safe bet for hearing the best American Jazz. From the artfully designed cases to the informative liner notes, these collections would delight any music lover. For newcomers to the genre, this is a great way to sample different artists before digging deeper into their individual releases.

This 2008 release includes tracks by Duke and Dizzy, and Django and Carlos and a handful of other artists who provide the perfect soundtrack for watching the countryside roll by. 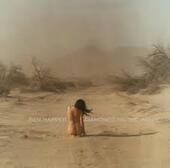 Diamonds on the Inside - Ben Harper (2002 Virgin)   Ben Harper has always been a bit of a musical chameleon.  And then again, every track on every disc is distinctly, unmistakably his. You cannot mistake his voice or his social consciousness for any other artist.

Diamonds On The Inside bears this out. The tracks range from the Reggae-tinged With My Own Two Hands to the Deep South acoustic blues of When It's Good to mellow sweetness of seventies euro-throwback of When She Believes to the Electric Blues of Blue Eyed Blues to classic Funk that sounds old but really isn't, to...to... Every track leads down a different musical path.

One of the things I have always liked about Harper's music is the way he holds the ownership, really the helms of these songs, and yet sacrifices none of the aspects of these tracks that seats them so firmly in the styles of music they represent. Load this disc and commit to being in for the whole ride. You'll be glad you did.

This Land Is Your Land The ASCH Recordings Volume 1 - Woody Guthrie (1997 Smithsonian FolkwaysWoody Guthrie)   We all know how the title track goes. At least we should. The rest of the twenty-one tracks on this disc contain everything from lovely ballads to shaggy dog stories that will tickle you and give you a good idea where his sone, Arlo got the inspiration for some of his better songs.

Unlike the prettified tributes, this is Guthrie at his roughest and purest. The Oklahoma twang, unbeautiful sound quality of the teac reel to reel recorder that was most likely used to capture these performances show the raw beauty of Guthrie's words and music. As this playlist progresses, you'll hear Guthrie's thoughts on matters that have regained currency today. Lindbergh was delivered in Guthrie's trademark gosh-darn folksy delivery, but the lyrics still carry a message that burns across the public's tendency to soften those jagged edges with nostalgia and faux-patriotism.  Even if you disagree with his opinion, there is an undeniable power to his music. When he wrote what he did on his guitar, he meant it.  (Don't know? Look it up.)