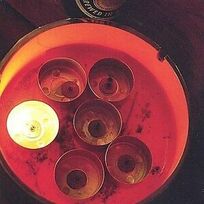 For Now - Mockingblue (2003 Mockingblue)  Everybody I know has that one friend who owns a dozen instruments and keeps them scattered around their den or living room. There's always that hope someone will get the wherewithal to pick up something and play.  For Now has the cozy feel of a trio of very talented people who have commandeered your living room with the sole intent to entertain. This oh, so unplugged group employs bongos, upright bass, and a dulcimer to create music that -for lack of a better word- grooves. If you've never been part of a group who jams in the living room after the post-game signs off, or on the back porch after a long day or around the fire as the sun goes down, this might feel alien. They open this lineup with the Spanish-inflected string lines on their gorgeous, layered song, Quiet Wave.  Dancing In The Wind is a cheerful strut of a song that would have fit in just as easily at my parents' house in the early 70s.  This is hippy music for those who were born too late to own a Volkswagen and or use patchouli without irony. This makes my inner hippy very happy.   5/5 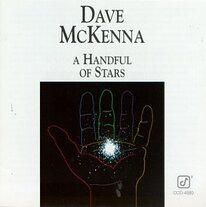 A Handful of Stars - Dave McKenna (1993 Concord Jazz)  I bought this to celebrate my first trip in a long time to the U.S. Space and Rocket Center. I wanted a copy of The Stars Fell On Alabama and found this collection of star-themed songs. At the time, my playlist also included Space Oddity and a few songs that were popular at the times of various launches. (Remember Telstar? Me Neither. My dad, whose free-range tastes I inherited, had it on a 45.)

This disk? It's a collection of 16 standards with stars in the title. It begins and ends with Victor Ramil's short but sweet Estrella, Estrella. The other 14 tracks include some familiar tunes you'll want to hum along with: Swinging on a Star, Star Kissed, Weill's beautiful Lost In The Stars, and the aforementioned The Stars Fell On Alabama.  It's charming as all git out. If you have those special discs for rainy days or you just love piano jazz, you might want to hunt down this title.  4/5 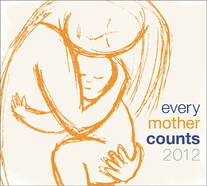 every mother counts 2012 - Various Artists (2012 Hear/Starbucks)   Yes, it's another Hear CD. You'll see a few of these throughout these writerly five-fingered exercise. This disc was for a good cause. Every Mother Counts is an organization that works to make pregnancy and childbirth safer for women around the world. So yes, they're still around. All of the songs are tributes to the mothers in the participating artist's lives. Some of the usual suspects are here: Bono, Paul Simon and Edie Brickell, Beck, Sting... There are also some surprises. An emotional Sade offers an unplugged, emotional live performance of The Sweetest Gift, Rita Wilson's warm alto works its magic on Baby I'm Yours, Cedella Marley's delicate, synth-driven reworking of Get Up. Stand Up.  Some of the choices have the feel of private tributes, such as Diana Krall's Don't Fence Me In. Other tracks, like Patti Smith's Somalia, speak to the mission of the album. This is compelling listening. 4.5/5 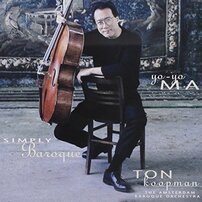 ​Simply Baroque - Yo-Yo Ma (1999 Sony Classical)  It seems like everyone put out a Baroque album at some point between the late 80s' to the end of the century. Two, well, make that three of the best were by Wynton Marsalis and Yo=Yo Ma in collaboration with Ton Cooperman. On this first strictly Baroque outing with Cooperman, there are some familiar in the Bugs Bunny/commercial background familiar way. This Bach-heavy play list includes Jesu, Joy of Man's Desiring, and Air on a G String. There is lightness, a liveliness that gives these pieces a sense of life that is sometimes pounded out of them is less capable hands. This inviting walk through what feels like it could and should be Baroque 101 is a pleasure to listen to. . 5/5