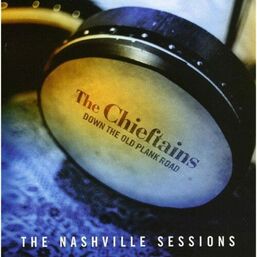 The Nashville Sessions - The Chieftains (2002  RCA Victor) Harlan County Kings are one of those bands I wish I could find more of their music and more about them.  Every website had the same information about HCK:

The Harlan County Kings are a Baltimore -based original rock band with a deep well of influences.

That's a pretty good summation. I heard everyone from Iggy Pop to Guadalcanal Diary to Southern Culture on the Skids. That may not be the list of influences they meant for me to hear, but without any input from them, I'm gonna trust what I hear.

This is one case where what you see is what you get on this disc. The American Gothic band name, the yellowed photo of a mid-20th Century sign, all of this points to rootsy American.  Majestic Hotel does not disappoint in that respect. It's all there: the jangly 50s' guitar, the mandolin, and vocals that pull as much from the gut as they do from the heart.

Everything on this disc is listenable and fun. There are also some "Gotta hear that again!" tracks you should seek out. Promise to a Ghost, Ghost on a Highway, and The Answer are the songs you might want to load on your cloud for higher rotation. 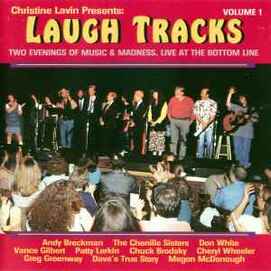 Christine Lavin Presents Laugh Tracks Volume one - Various Artists (1996 Schanachie) Alt-folk singer/songwriter Belinda Gillett combines her pitch perfect vocals with everything from the stripped-down simplicity of an acoustic guitar to rich, layered arrangements.  There is a delicacy to her voice, but it is not the high, whispy baby murmurs we have come to associate with alt-folk. Her clear as a bell carries the strength of her lyrics. This is definitely a grown-up singing for other grownups.

The themes and issues presented are grownup as well. This isn't your tween sister's urban folk. The combination of elegant, sometimes downright baroque songcraft and Gillett's strong vocals, this is the perfect disc to sit with while enjoying the sunset after a challenging day. 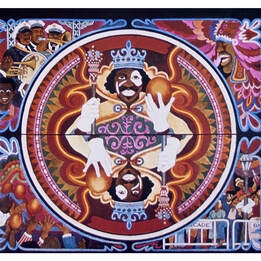 Mardi Gras in New Orleans - Various (1987 Mar4di Gras Records)  Readers of a certain age may remember when Luce was all over adult contemporary radio. Buy A Dog was the earworm of choice of the over 25 set for a year or two. Prior to their success with Never Ending, the disc that gave us Buy A Dog, they produced their eponymously titled first disc, Luce.

While there is obviously some positive evolution between Luce and Never Ending, their freshman effort is worth a listen. What you'll find is more of the sunny pop that made Never Ending so much fun.

Okay, the gentlemen of Luce do get dark. Electric Chair is not exactly the feel-good song of the Summer. Their Beatles-esque arrangements make their walks on the shady side of the street engaging. The bright, tones of the horns, the textbook pop phrases and slinky bass lines and well, all of it makes for some well-crafted pop. This is one of those bands I'll buy a disc based on their presence in it. You might do the same once you give this disc a chance. 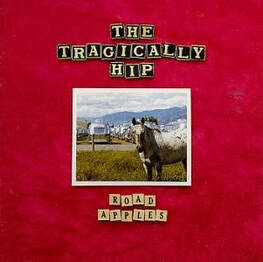 ​Road Apples - The Tragically Hip (1991 MCA) Back in the day, Starbucks' Hear label was the go-to for trying music that may not have been covered by Putumayo or Pottery Barn's smaller catalog of better than you might expect anthologies.

Mele O Hawaii was a 2008 release that marked a new direction in Hear's collaboration with Sony/BMG. The result is both a mix of the usual suspects and some unexpected surprises. The list opens with Israel Kamalakua's cover of White Sandy Beaches. It is everything one comes to expect from Kamalakua's music. It is followed by another cover. This time, Jake Shimabukuru executes a rendition of George Harrison's While My Guitar Gently Weeps that is so good it might earn a place on your high rotation favorites list.  The disc continues with different styles from the likes of Taj Mahal, Hapa, and Gabby Pahinui's traditional Blue Hawaiian Moonlight.  The gentle vocals and soothing arrangements are hardly insomnia cures. Let them wriggle into your brain and you might start thinking the world isn't such a bad place after all.