Are these delicious dopplegangers the durian fruit of candy?

First impressions might bear this out. All three of the bags I purchased for this review had a weird, gassy smell when I  opened them. After allowing a few minutes for them to air out, the smell dissipated quickly. So did the distinctive aftertaste I experienced after my first sample. Maybe my palate had to get used to the taste. Whatever the reason, the aftertaste was not there after my first piece.

In the interest of disclosure, I did not do all of these taste tests at one sitting. Because I still need to exercise some caution, this review was written over a period of two weeks. Depending on my BGL and what else was on the menu, my consumption was usually one to two pieces as day.

People have different responses to artificial and alternative sweeteners. My father could not drink anything with aspartame, which was the sweetener of choice for most diet soda makers back when he was alive. My response to most sugar substitutes is the equivalent to a diabetic version of Jason Voorhees.  Sugar alcohols? Dunmatter. Ahlleetit. Kuh-kuh-kuh-chuh-chuh-chuh!

In short (Too late!) check the ingredients and maybe get one of the smaller sampler packs to be sure your BGL doesn't spike. Most of these are sweetened with combinations of stevia extract and maltitol.  At the risk of sounding preachy, I'll write this: Just because a serving is a whole bar or two pieces or a half a whatever doesn't mean you or I have to eat that much. Most of the time, one will do. Eat too many, and the flavors blur together anyway. There's also the chance you'll get a case of what my mother calls the "green apple trots." 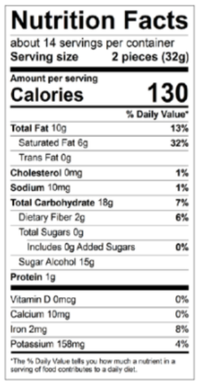 Caramel - This little imposter has the same buttery note that hits your tongue you would find in the full sugar version. It's followed by the sweetness of the filling and the milk chocolate shell . This is the candy I would give anyone who challenged me with the notion that sugar-free versions are pale imitations, chemically enhanced clone-food.

Raspberry - Anything other than actual raspberries is always going to be a bit touch and go and this is no exception. The filling seemed to fulfill its purpose of giving a berry nose along with the chocolate. As simulated flavors in candies go, this is one of the better balances of chocolate and filling. If you miss zingers and grocery store Swiss Jelly Rolls, this might answer that craving.

Mint - Mildly minty flavor. This is more like the Ghirardelli's mint square than a York Peppermint Patty.

Truffle - The dark chocolate outer shell has an intense chocolate liqueur flavor. The filling is smooth, creamy, and darker than the shell. This is the winner of the assortment. It has just the right amount of sweet with a dark chocolate bite. 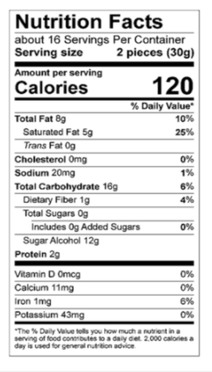 Caramel - This is a thick, rectangular candy. The small block of caramel is covered by their milk chocolate. Unlike the thin square offered in another assortment reviewed here, this one exposes the problems with their caramel. The caramel is so, so sweet and coupled with the emulsifier to make it chew like the full-sugar version, there is little to give the satisfaction of actual milk caramel.

Caramel & Crispies - This is one of those candies that offers as much in the way of pleasurable feel as it does in flavor. 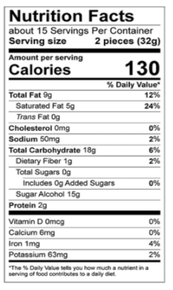 Peanut Butter - Is a sugar-free peanut butter cup really possible? This one has just the right balance of saltiness and sweet flavor profiles. The texture is on point, too. Reeses is advertising on Spotify, which excited a Pavlovian response to every shot of their two great tastes that taste great together. These cups are smaller than I remember the Reeses being, but the taste and mouthfeel hit the spot.

Peanut Butter Crunch - Was this supposed to be a replacement for a Butterfinger Bite? There is a superficial resemblance, but this version of hard spun peanut butter toffee is far sweeter. The savory/sweet flavor is missing even though the texture is on point. It's not terrible. The first thing that hits my palate is how sweet it is and then there is little peanut flavor to accompany the chocolate notes that follow.

Peanut Delight - Being from Nashville, I have to admit this one has a high bar to clear. Goo Goo Clusters, the treat ssociated with The Grand Ole Opry and mom and pop convenience stores all over Middle Tennessee, remain the gold standard of caramel/peanut/chocolate goodness. The only thing missing from the Russell Stover version was the layer of marshmallow. There is just the right amount of everything in this sweet bite to bring back something close to the taste of that hometown treat.
Go Back: Home - The Subterranean Pancreatic Blues