To Her With Love 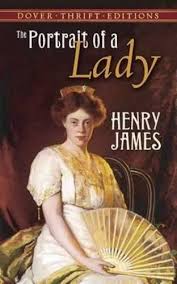 Before I get into the actual review, I wanted to share some observations about Dover books. Most of the titles I buy these days are either classic anthropology texts or related to painting or drawing techniques.  Those volumes are well made and serviceable.  They ride around in artbins to studio classes and studio gatherings or discussions related to anthropology. Theirs is the kind of dependability that one can take for granted over time.

I must admit to being surprised at the quality of the twelve-year-old book I picked up at a library sale earlier this year.  It is easy on the hands, readable, impeccably curated with an essay by William Dean Howells* that originally appeared in The Century in 1882 and a preface by the author penned twenty-five years after his novel's first publication. Overall, it's a sturdy, handsome thing that delights my Dobby's-socks-level love of books.

So.  There's something about


*This reminds me: If you haven't read "Indian Summer, " put it on your list.  As much as I loathe people who push hard when they like something, it's hard to not declare this deserves a place on your TBR list.  I'll review it soon. Promise.