Your Third Grader Does Not Need A Sports Bra 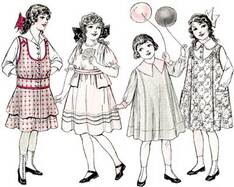 Let's get this out of the way:
Not that any of the above should matter. What I witnessed at a big box mall store last week would be disturbing to anyone.

Situated in a section devoted to very cute clothing for elementary-aged girls was a round rack of brightly colored play sets. Maybe play set is not the right term. When someone mentions a play set for a child whose age is still in the single digits, I picture leggings or shorts with coordinating t-shirts that have pictures of Disney Princesses or Rey or whatever is hot for the tot set. Nope. These were '90s retro track pants and matching sports bras.  Not cropped tops. Not the top part of a swimsuit with a track pant coverup. Sports bras.

I shook my head and walked on.

When I came back through on my way out, there was a mother and daughter at the rack.

"But it's sooooo cyooote!"  That was the mother.

"It's gross." The daughter wrinkled her nose at the outfit her mother held out to her. "I don't even like wearing that stuff for cheer."

I walked on, hoping the daughter's resolve would outlast her mother's whine.

Later, I told Allegra, who has elementary-aged grandchildren about the incident. She rolled her eyes.

"There's one in every group," she said. Two of her three granddaughters are in a tumbling class. "There's always one who dresses like she's just a day away from starting her first shift at Hooters."

"Wait. You mean they're already developing at what, seven, eight years old?"

"No, thank goodness. Every other six-year-old is doing their little pouter pigeon walk in regular leotards or shorts and a t-shirt while Little Miss Fabulous is showing off her baby six-pack in skintight two-piece workout gear. The coaches had to implement a 'no camel toe' rule.  It might not have gotten that far if Little Miss Fabulous' Mama had restrained herself from handing out diet tips for the other children. Lucky for us, Marisol's kids aren't interested in anything that doesn't have a princess or a dinosaur on it."

To be fair, there has been hand wringing about kids these days growing up way too fast for as long as there have been kids. I get that. There are also a slew of studies asking if children are hitting sexual maturity earlier than before and if they are, what are the causes? Theories have run the gamut from diet to exposure to certain chemicals to short-circuited brain function due to a constant stream of sexual content in popular culture.

Is there credence to any of the ideas, none of them, all of them?  I don't know. One thing I have observed is the disturbing occurrences of grandmothers in their late thirties to mid-forties and great-grandmothers in the sixtyish age range.  As a young social worker who had a pretty stable childhood, it never occurred to me how sheltered I was until I met a grandmother who was three years older than me.

When I charted about it and left an attached note to one of the psychiatrists on the treatment team, she got back to me with a copy of a study that was conducted with girls from various types of at-risk populations. For many of them, the average age of sexual exploration beyond normal curiosity about genitals was eleven.

I know we're taught to avoid comparing lives, particularly our own with our clients' but... Eleven? At that age I was still collecting Breyer horses. At eleven, I was two years away from sneaking my mother's copy of The Thorn Birds to a friend's house so we could read the good parts. I was not buying condoms or sneaking out to be with older boys. No one I knew was. Yet the waiting room on visiting day was often filled with women a little older than me caring for their children's children.

"Am I overreacting? I ask Karen, who has one daughter in high school and another finishing up her dance BFA in North Carolina.

"No. Clothes like that are the reason my oldest left competitive dance and played soccer for two years. They got a new choreographer who wanted the team to wear more revealing outfits. Meryl chafed, literally and every other way, and wore the costumes for a little while.  The day the studio people showed them their next costume, dance pants that stopped just short of being a thong, fishnets, and a fringey tank top, she complained, was told to see if Goodpasture* had a dance team, and she walked."

I shook my head.

"The owner of the studio said she was surprised. She figured since we are naturalists** it wouldn't be a problem. She didn't get that there's a difference between being naked in a forest  setting where it is no big deal and feeling nude on a stage.  Meryl was self conscious and it did not compute to the grownups at the studio."

Naturalism isn't my thing, but I gather there is a huge mental gap between running around a scenic camp where the normal is stitchless and everyone is Mama and Papa Bear and the cubs and the peek-a-boo naughtiness of clothing that is way too old for the person wearing it.

It's too complicated to put all the blame on Gramma's Sunday dinner or YA novels or Ke$ha or secular humanism. Not that any of those are actual problems, I just got stuck in "Rhymes with a T that stands for TROUBLE!" mode. Give me a moment to calm down.

Maybe it's the implied wink and a nod sexualization of little girls that bothers me. It's not what the clothes communicate to the people who will be wearing them so much as the message it sends to the adults. It's a sort of trashy tacky that flies over most kids' heads like those tiny souvenir t-shirts from Las Vegas that say "Future Showgirl."

Conversely, the solution is not to dress girls in sacks and keep them hidden. It's not about display itself so much as it's a question of how what we ask them to display says about what we think of them. The girl who can do breath taking things when she moves deserves clothing that lets her create images onstage that accentuate those lines and movement. The girl who can do a physics defying jump shot is entitled to feel comfortable and look like a hardwood warrior queen if that's what she wants. The difference is ownership. The delight they get from what they can do belongs to them, not us. Let them be amazing little girls whose clothing choices express that.


*Goodpasture is a conservative Christian school in Nashville that is known more for academic rigor and sports than dance.  Karen figures the dance coach was implying "their outfits would be less revealing, like that's a bad thing."

** Nudists. As a family they attend annual retreats in secluded locations. She told me these events have gone on so long, some of the attendants have inherited their places in the roster from parents and grandparents.